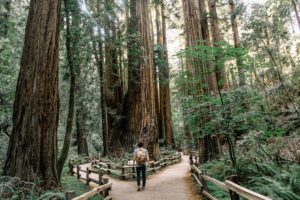 There are a variety of ACL graft options available for those needing ACL reconstruction. The decision on which graft is used is usually made on the surgeon’s recommendation. There are pro’s and con’s with each type of graft, and a basic understanding of these is recommended. Generally speaking, there is no one graft which is vastly superior to the others. Having said that, there are definitely options that are best avoided…

What is a graft in ACL surgery?

An ACL graft is a substitute for the normal ACL in your knee. The ACL (anterior cruciate ligament) is one of the four major stabilising ligaments in the knee. It is commonly injured in sporting activities. The ACL does not heal very well, and an injury usually results in an unstable knee. This in turn can result in the development painful arthritis in later years. Surgery is usually recommended for an ACL tear, especially in younger people and those who are active (read: Do I need to have ACL surgery?).

Over the years, attempts have been made to try and repair the ACL once it has been torn. Unfortunately, the success rates for a repair are not good. The standard procedure performed by most surgeons, therefore, is to use a substitute tendon in your knee to replace the torn ACL. This substitute tendon is called the ACL graft.

The basic procedure of an ACL reconstruction is to remove parts or all the torn ACL and replace it with the ACL graft. Tunnels are created in the thigh bone (femur) and shin bone (tibia). The ACL graft is threaded into the middle of the joint and secured on the femur and tibia using fixatives such as metal buttons, screws, or staples.

The most common grafts used in ACL surgery can be divided into three types, autograft, allograft, and synthetic grafts.

An autograft is a tendon which is taken from another location on your own body and used to make the new ACL. The site where the tendon is removed (harvested) is called the donor site. The term “donor site morbidity” is a term used to encompass any “negative factors” or possible complications associated with harvesting the tendon. This obviously includes the skin incision and resulting scar, but can also include infection, fracture and injury to blood vessels and nerves.

An allograft is the same type of tissue used in an autograft, but the difference is that it is obtained from another human donor.

A synthetic ACL graft is a manufactured cord or ribbon-like implant which is not made of human tissue.

The synthetic ACL graft appears to be attractive a first glance. This is because you do not have to remove any tissue from another area of the body. There are therefore no extra skin incisions, no risk of fracture, no graft harvest pain etc. (no donor site morbidity). They are extremely strong, and the marketing behind these products will have you believe that you may return to your sporting activity much quicker than with a tendon graft. This is especially attractive for professional and semi-professional athletes. Unfortunately, synthetic grafts have a high failure rate. If the graft fails, this means that you will have to have a revision procedure to restore stability to the knee.

An allograft also appears to be an attractive option. The advantage of an allograft is that once again there is no donor site morbidity as the graft is not harvested from your own body. It is also possible to choose from a variety of tissues, including hamstring, patella, quadriceps and Achilles tendons.

The biggest problem with using an allograft relates to potential infection. Because of the high prevalence of HIV and other infectious diseases in South Africa, the graft must be treated before it can be used inside your body. This may include irradiation. This treatment can weaken the graft and result in high risk of failure. It is therefore not a great choice for an ACL graft in our country. They are, however, successfully used for other ligaments in the knee where failure rates are not as high. In countries where the risk of contracting an infectious disease from the graft is low, “fresh” allografts are used more frequently and successfully as they do not have to go undergo the same treatment before being used in your knee.

The most common ACL graft choice in South Africa is therefore the autograft. This is a tendon which is taken from another area of your body. The three commonest harvest sites are the hamstring tendons, the quadriceps tendon, and the patellar tendon.

The hamstring tendons are the cord-like structures which you can feel on the back of your knee towards the inner side. To harvest them, a 2 or 3 cm incision must be made on the front of the upper end of the tibia. One or two of the hamstring tendons (semitendinosis and gracilis) are harvested from the leg which is undergoing the ACL reconstruction. These are then prepared to create the new ACL graft.

The patellar tendon is the strong tendon connecting the kneecap (patella) to the tibia in the front of your knee. A patellar tendon graft is also called a bone-patellar-tendon-bone graft or BTB graft. Harvesting of the graft involves an incision on the front of the knee, starting from the lower end of the patella.  A small bone plug is removed from the patella and the tibia along with a 1 cm strip of tendon in-between the two bone plugs for the ACL graft.

A brief comparison of the autograft options

Of the three autograft options the hamstring tendon is the most popular graft choice in recent years in South Africa. It is a strong graft. Harvesting does not involve cutting into bone and therefore there is no risk of fracture.

The BTB or patellar tendon graft was the original ACL graft choice, and in some countries is still regarded as the gold standard. It is stiffer than the hamstring graft, but the strength of a hamstring graft is still stronger than your original ACL. The disadvantage of the patellar tendon graft is that it involves cutting into the bone and therefore fracture is a risk. There is also increased risk of developing anterior knee pain (pain in the front of the knee).

The quadriceps graft is probably the least widely used. There is also a risk of patella fracture in harvesting this graft although some surgeons use a quadriceps graft without a bone plug. There is said to be a lower risk of anterior knee pain.

So which ACL autograft is best?

Several studies have been performed to try and evaluate which graft is the best. As far as performance goes there is no clear winner with regard to long-term stability. There are no significant differences between the three autografts when comparing muscle strength, function, return to sports and patient satisfaction.

Which ACL graft should I choose?

The question remains, therefore, which ACL graft one should choose if having an ACL reconstruction? In my opinion the answer is that you should go with the graft that your surgeon recommends. Allow the surgeon to do what he or she does best. I would, however, be cautious if your surgeon recommends using an allograft or a synthetic graft in your knee for a primary (first time) ACL reconstruction. Many of the revision procedures that I have had to perform have resulted from previous use of a synthetic graft.

A knee surgeon should be familiar with the harvesting and use of all the different types of ACL graft but many of us will have a preference and this includes myself. My preferred graft is the hamstring graft. I find it easy to harvest with a low rate of complications and good results. For a revision procedure my preference is to use the hamstring graft from the other leg although the option remains to use the quadriceps or patellar tendon graft from the same leg if the patient prefers this option.

I am an orthopaedic surgeon with a special interest in sports injuries and minimally invasive (arthroscopic) surgery of the knee and shoulder. I perform ACL reconstructions as well as general orthopaedic procedures at Waterfall Hospital in Waterfall/Midrand and Morningside Mediclinic in Sandton. Besides these, I also treat patients from other areas as well, including Rosebank, Sunninghill and Fourways.

Please use the form below to get in touch with Dr Matthee’s rooms. A representative will respond to you shortly.