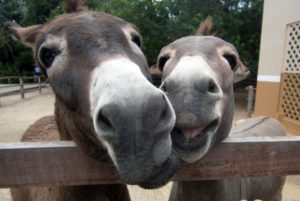 No-one likes to be told their work could be improved, much less myself. I suspect most surgeons think of themselves as perfectionists. We admit to “being a bit OCD”, all in the name of achieving the best result possible. Whatever miracles we may perform under the skin, it is the scar by which we are judged. We don’t always get it right. And every so often, a patient will let you know in his or her own unique way…

Many years ago, after having just started out in private practice, a gentleman came to see me with a complaint of “pins and needles” in his right hand. He hailed from KZN and mentioned that he enjoyed a good curry. I will call him Mr A. I examined him and confirmed that he had carpal tunnel syndrome, and that he needed to have surgery. He agreed and had the procedure was performed a week or two later.

The surgery went really well, and I carefully stitched the wound on the palm of his hand closed. I thought I had done a very good job. As usual I covered the wound with a plaster, and a temporary splint was secured to the hand and forearm with a wool and bandage dressing. I normally ask patients to see me ten days after the surgery to do a wound inspection and to remove the stitches. They will not have taken the dressing or splint off and the procedure is like unwrapping a present on Christmas morning. You hope for a pleasant surprise.

Instead of the “oohs” and “aahs” that I was expecting, when I removed all the dressings Mr A looked down at his hand…and said nothing. I glanced down. It was not very pretty. Despite what I thought had been meticulous technique, the stitching had left a bit to be desired. I would like to be clear here: the wound had healed just fine and there were no complications, but it did look as if he had been lightly savaged by a small dog. Perhaps I am being a bit hard on myself here. Anyway, I reassured him that his wound would look better with time (it would) and that after a few months his scar would be virtually invisible (it was). There was an uncertain laugh; he thanked me, paid his account, and left. My confidence had been dented, and I wondered if I would ever see him again.

Well blow me down if he did not come striding purposefully back into my consulting room six months later. I nervously enquired as to the nature of his visit, and he informed me that he had developed carpal tunnel syndrome in the other hand now, and wanted to have surgery on this hand too. And who would I be to deny such a request? He was booked for the procedure the following week, and it went well. As you can imagine I paid particular attention to the suturing part at the end (not that I didn’t on round one, mind you).

Ten days later, Mr A was in my office for his wound check. I put on a brave face, but I admit that a small- to medium-sized bead of sweat had developed on my forehead as I began unwrapping his bandages. I removed the plaster…Mr A slowly brought both hands together and studied his palms for what seemed like an eternity. He finally looked up, grinning from ear to ear. He patted me on the shoulder, and in that unmistakable accent said: “Getting better hey, Doc?” 🙈😅😂

I am an orthopaedic surgeon with a special interest in sports injuries and minimally invasive (arthroscopic) surgery of the knee and shoulder. I treat patients at Waterfall Hospital in Waterfall/Midrand and Morningside Mediclinic in Sandton. Besides these, I also treat patients from other areas as well, including Rosebank, Sunninghill and Fourways.